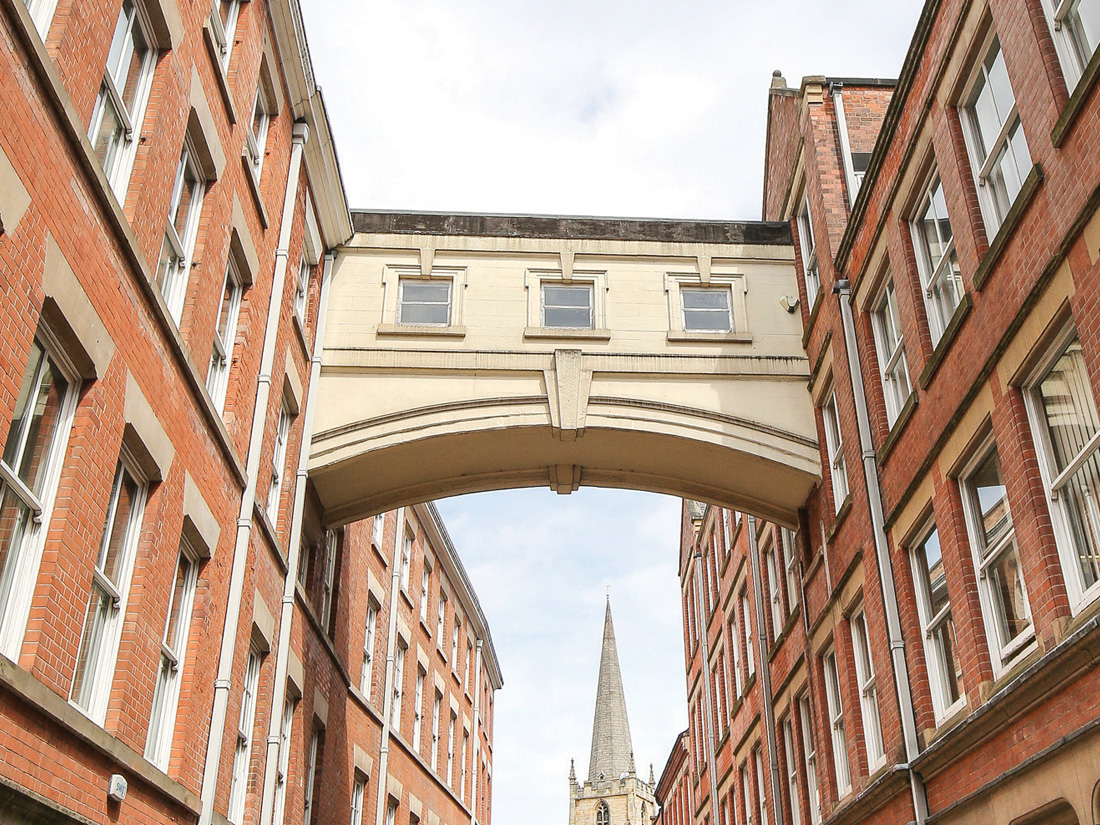 17-21 Hounds Gate was built for James Snook & Co, drapers and haberdashers. In 1869, after almost a century’s trading, it became a partnership, Snook & Durrant, specialising in linen from Manchester.

In 1881, the company extended onto the north side of the street and shortly after Snook bought out his partner, returning the business to its original name. By 1891 it was one of Nottingham’s largest companies, and had replaced the existing buildings with those standing today.

James Snook died in 1910 and the striking bridge (known locally as the Bridge of Sighs) linking the buildings was added by Herbert D Snook in 1923. The company closed in the 1960s and its premises became offices – until now.